I got some new books, woo! I have a problem okay, even though my reading list in is the 100 I cannot stop buying books and adding them to that list. Send help because I need it!

Alice Howland is proud of the life she worked so hard to build. At fifty, she’s a cognitive psychology professor at Harvard and a renowned expert in linguistics, with a successful husband and three grown children. When she begins to grow forgetful and disoriented, she dismisses it for as long as she can until a tragic diagnosis changes her life – and her relationship with her family and the world around her – for ever.

Unable to care for herself, Alice struggles to find meaning and purpose as her concept of self gradually slips away. But Alice is a remarkable woman, and her family learn more about her and each other in their quest to hold on to the Alice they know. Her memory hanging by a frayed thread, she is living in the moment, living for each day. But she is still Alice.

2. The Shock of the Fall by Nathan Filer

I’ll tell you what happened because it will be a good way to introduce my brother. His name’s Simon. I think you’re going to like him. I really do. But in a couple of pages he’ll be dead. And he was never the same after that.’

There are books you can’t stop reading, which keep you up all night.

There are books which let us into the hidden parts of life and make them vividly real.

There are books which, because of the sheer skill with which every word is chosen, linger in your mind for days.

The Shock of the Fall is all of these books.

The Shock of the Fall is an extraordinary portrait of one man’s descent into mental illness. It is a brave and ground breaking novel from one of the most exciting new voices in fiction.

3. The Girl With All The Gifts by M.R.Carey 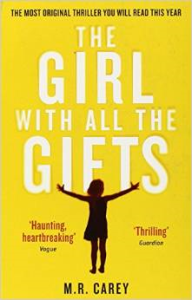 Every morning, Melanie waits in her cell to be collected for class.

When they come for her, Sergeant Parks keeps his gun pointing at her while two of his people strap her into the wheelchair. She thinks they don’t like her. She jokes that she won’t bite. But they don’t laugh.

Melanie is a very special girl

4. The Night Circus by Erin Morgenstern

As the sun disappears beyond the horizon, all over the tents small lights begin to flicker, as though the entirety of the circus is covered in particularly bright fireflies. When the tents are all aglow, sparkling against the night sky, the sign appears.

The Circus of Dreams.

Now the circus is open.

Now you may enter. 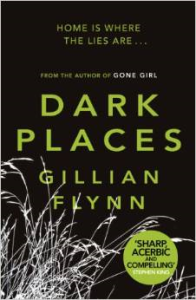 Your brother murdered your family. Your evidence put him away . . . the gripping second novel from the author of the mega-bestselling GONE GIRL.

Libby Day was just seven years old when her older brother massacred her family while she hid in a cupboard. Her evidence helped put him away. Ever since then she has been drifting, surviving for over 20 years on the proceeds of the ‘Libby Day fund’. But now the money is running out and Libby is desperate. When she is offered $500 to do a guest appearance, she feels she has to accept. But this is no ordinary gathering. The Kill Club is a group of true-crime obsessives who share information on notorious murders, and they think her brother Ben is innocent.

Ben was a social misfit, ground down by the small-town farming community in which he lived. But he did have a girlfriend – a brooding heavy metal fan called Diondra. Through her, Ben became involved with drugs and the dark arts. When the town suddenly turned against him, his thoughts turned black. But was he capable of murder? Libby must delve into her family’s past to uncover the truth – no matter how painful…

Have you read any of these?  If so, what did you think?