Books that you are dying to get your hands on for your collection.

This is not a ‘new’ addition to my TBR list but I will be getting hands on it soon. I have already seen the play, so I know what will happen in the play but AHHHH I am soo excited for it.  So, if you have been living under a rock, this play is a …

Being Harry Potter was never easy but now he must contend with being an overworked employee of the Ministry of Magic, a husband, and father of three school children as well.

Harry struggles to keep his past buried and move on, while his youngest son Albus must bear the weight of a family legacy that he does not want. As the past fuses with the present, father and son face an ominous truth: sometimes, darkness originates where you least expect it. 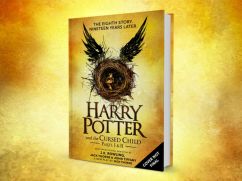 Sarah is doing just fine. Sure she’s been single for the last five years, and has to spend an uncomfortable amount of time around her ex-boyfriend and their mutual friends, and the rest at her tediously mundane job, but it’s fine. She’s happy(ish). But it’s not surprising that when Sarah starts dreaming about a handsome stranger, she begins looking forward to falling asleep at night. Reality isn’t nearly as exciting. That is until her dream-stranger makes an unexpected real-life appearance, leaving Sarah questioning everything she thought she wanted. Because people never really find the person of their dreams…do they? 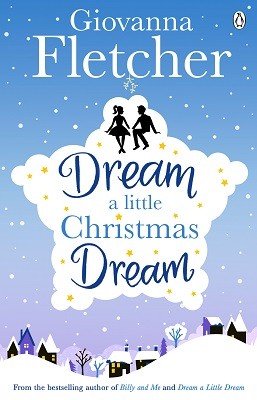 Join Billy and Sophie for the next chapter of their story by bestselling author Giovanna Fletcher.

Christmas has come to Rosefont Hill and it’s destined to be a particularly special one for Sophie May.

When a smitten stranger emails Sophie to ask her if he can propose to the woman he loves in her little teashop, the romantic in her finds it impossible to refuse. Even though Christmas is her busiest time of year she has her own sweetheart, Hollywood actor Billy Buskin, to lend a helping hand. How could she say no to making someone’s dream come true?

As Sophie and Billy work together to plan the perfect fairytale proposal for this couple, excitement in Rosefont Hill is mounting. Who is this mysterious man? And who is the lucky lady he’s about to get down on one knee for? 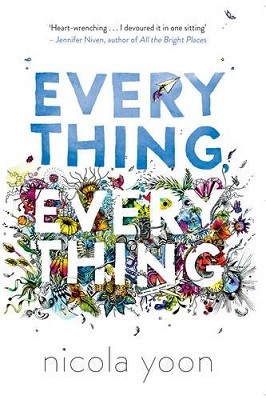 The girl who lived in a bubble – and the boy next door. “Everything, Everything is everything, everything – powerful, lovely, heart-wrenching, and so absorbing I devoured it in one sitting. It’s a wonder. The rare novel that lifts and shatters and fills you all at once”. (Jennifer Niven, author of All the Bright Places). Madeline Whittier is allergic to the outside world. So allergic, in fact, that she has never left the house in all of her seventeen years. But when Olly moves in next door, and wants to talk to Maddy, tiny holes start to appear in the protective bubble her mother has built around her. Olly writes his IM address on a piece of paper, shows it at her window, and suddenly, a door opens. But does Maddy dare to step outside her comfort zone? Everything, Everything is the perfect summer read – an inspirational story about the thrill and heartbreak that ensues when we break out of our shell to do crazy, sometimes death-defying things for love.

Penny’s life is back to normal. As Penny starts the school year she’s ready to face the world – alone. Noah has gone off the radar after ending his world tour early and no one, including Penny, knows where he is. So when she accepts Megan’s invitation to visit her performing arts school it seems like an opportunity to make some new friends. Helping everyone else seems to be the right remedy – Elliot needs her friendship more than ever, and she meets Posey, who she can really help with her stage fright. But is charming Scottish boy Callum the right kind of distraction? And can Penny truly move on when Noah’s shadow seems to haunt her round every corner? Book three in the number one bestselling Girl Online series.

I know that none of these books are ‘hard’ to read but sometimes I love that…especially after intensily analysing texts for my degree. Have you read any of these? Do you want to read them?